Liang Yi style, (Liangyiquan 兩儀拳), also known as Tai Yi, is a Wudang internal martial arts style (also called as Neijiaquan). This practice includes a complete work of hands, joints, eyes, body, waist, steps, balances and explosive inner power. Its characteristics are combination of slow and fast movements, soft and hard, with occasional lightning movements (Fajing 发劲). In its application for combat, it endows person with method known as "start later, but get there first". It is a very practical self-defense art, all Wudang martial artists practice art of Liang Yi, being also a must practice for Taijiquan practitioners.

Liang Yi tries to use inner mind and energy to have external power. Its characteristics combine between fast and slow, it teaches students to move like a dragon and feel like a tiger. Softness is applied to overcome toughness and stillness to restrict movement following the opponent's energy to counterattack. In appearance and style, Liangyiquan has been referred to as a "fast Tai Chi" ...

Liangyiquan is a style that works at both hard and soft level, which is both aerobic and anaerobic, with isometric and isotonic exercises. All joints are used for entire field of motion and largest muscle groups are fully worked. Therefore, as such, Liangyiquan regularly done is one of the best exercises for health practice.

Although it only represents a small element within complete practice, it is common to also emphasize practice of using pressure points in Liang Yi techniques. Pressure points were first made known in ancient China for being used to protect emperors and those of society high spheres. These systems were kept in secret for a long time. That was also kept in secret during the transmission between Wudang martial arts ancient teachings.

According to Wudang mountains, about styles derived from original mountain practices (Neijiaquan) style that combines soft and hard movements is initially Liangyiquan style (LiangYi), while style that only works smooth movements Is Taijiquan style (Tai Chi).

Thus, in wake of Liangyiquan, different styles emerged later when was expanded around China, some of them very famous, which were adopting new names and new complementary characteristics according to each region where they were developed:

Famous style known as Bajiquan, according to legend, was created during the Ming dynasty in Canzhou village. According to  Wu family historical records, the style was created by Wu Zhong, who learned a style he had never seen before from two Taoist monks who came from Wudang, monks Lai and Pi. From there, a more combative style was created, following the basic foundations of Liang Yi. An important style that would eventually be practiced by the very last emperor of China, famous Pu Yi, a style that was also adopted as the main empty hand style of Taiwan army.

Also the legend about famous Chen Wanting, 19th Generation Chen family, martial arts practitioner and guerrilla militant against Manchu poeple, started to teach a style influenced by internal arts, guided by classic book Hunagdi Neijing of Chinese medicine. He is credited with a brief treatise called Quan Jing Zong Ge in which he quotes: "... in my spare time I teach some disciples the art of becoming tigers and dragons," a very common quotation in the inner arts of Wudang (Neijiquan ), Specifically in the Liangyiquan. Chen Wanting himself reportedly had some contact with a Taoist monk, possibly from Wudang, who taught him the principles, called as Jiang Fa. As a result of that, he developed a style of his own that worked at both hard and soft level, a style that eventually became known as Chenjiaquan and much later as Chen  Taijiquan (Chen family Taiji). 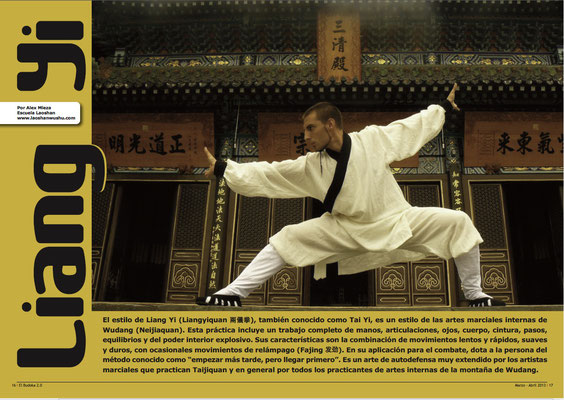 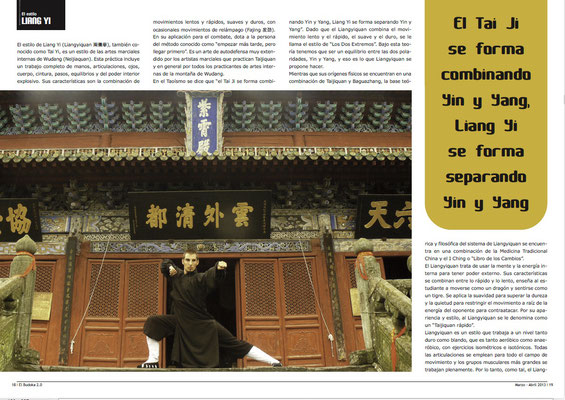 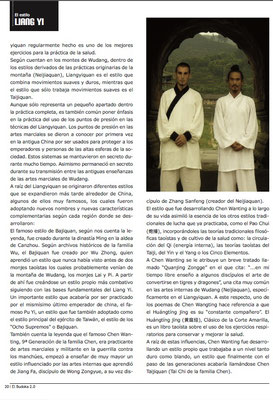