The Wudang Mountains (武当山) are located in Hubei Province, China. These mountains were converted during the Ming Dynasty (1368-1644) into the most important Taoist place of worship in China. The Set of ancient buildings of the mountains were declared a World Heritage Site by UNESCO in 1994.

Taoism focuses on the spiritual level of being. The fundamental objective of the Taoists is longevity in fullness. It is understood that people who live in harmony with nature can reach immortality, interpreting by "immortality" the transcendence or self-improvement of their own being in community with the environment, which implies seeking improvement and personal and collective progress.

Tao is the global name given to the natural order. The objective of the Taoist practices is to lead the human being to integrate in nature, to teach him to flow, to integrate himself in harmony and harmony. Teach him to empathize with this nature and harmony in such a way that he comes to experience in his own body his vital rhythms, thus gaining mental serenity and physical energy. 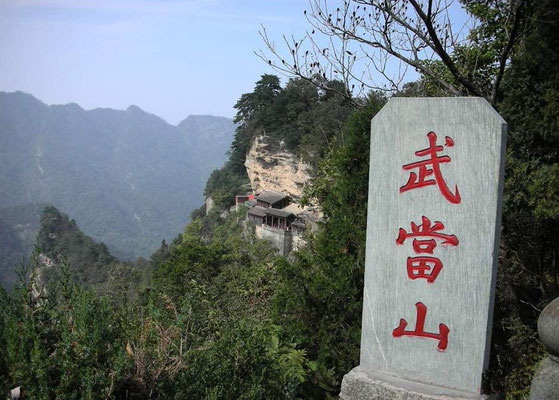 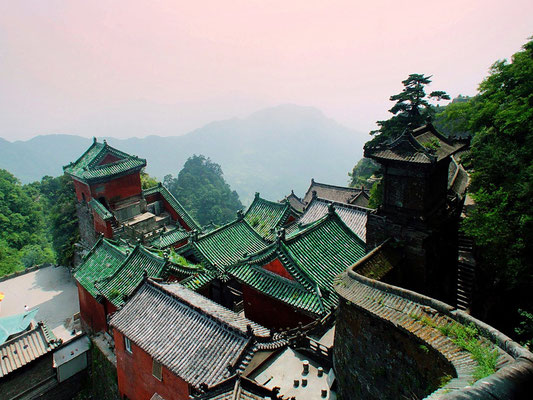 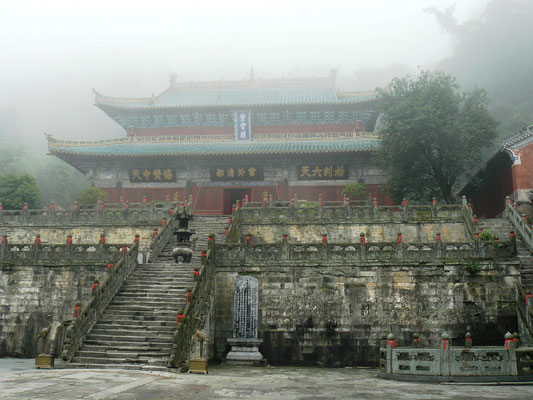 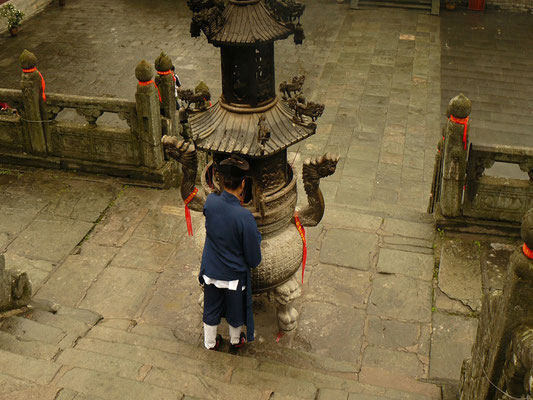 This path includes the purification of oneself through the control of emotions, which is partially achieved through contemplation, meditation, control of breathing and other forms of self-discipline such as the well-known Internal Arts.

The fact that has given more importance to the mountains of Wudang is the historical tradition of relevant masters of Taoism, Traditional Chinese Medicine and Internal Arts. The successive generations of Taoist masters integrated into their practices the theories of Taiji, Yin-Yang, the theory of the Five Elements and the Bagua (the eight changes) of classical Chinese philosophy. Along with sword management and the arts of internal cultivation for health, the practices of these disciplines formed a unique culture recognized as the 'Wudang Internal Arts'.